Aerospace, a source of inspiration for BDO

Aerospace, a source of inspiration for BDO

Seasoned entrepreneur Jürgen Ingels (51) has been collecting space-themed covers and artefacts since childhood. A fascination that he inherited from his equally space-mad father. Last year, he gave in to the temptation to buy some 40 replicas from the NASA collection. Now you can share his passion and go on your own space exploration during Europe’s largest interactive space exhibition entitled ‘Space – The Human Quest’, which runs until 30 June. It’s his way of giving back to Belgium, where he gets to unleash his entrepreneurial talent. “How cool would it be if this journey inspired 10 young people to become engineers?” 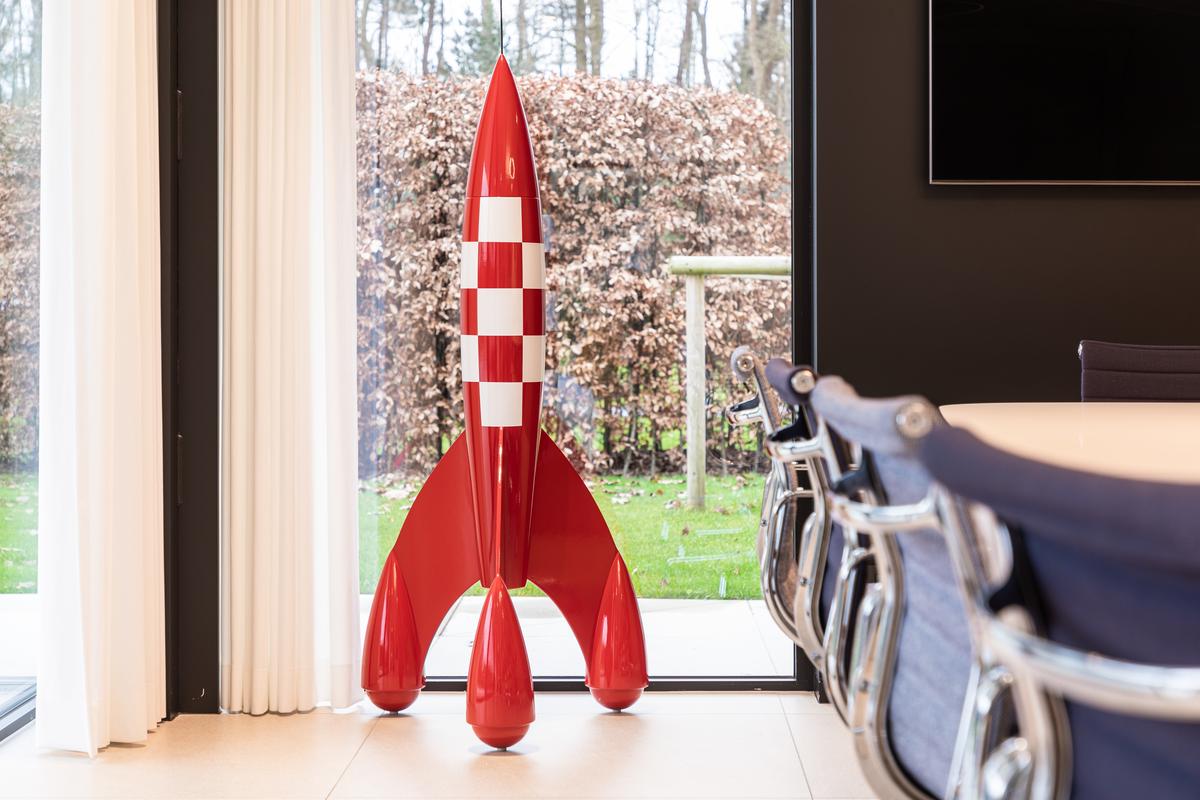 (free translation: “Let’s be fair, teacher Frank, what good in the universe
Are multiplication tables I ask?
Good handwriting, playing the flute, or conjugating verbs
They have no point on Mars.
(…)”)

So wrong! Jürgen Ingels has made it his mission to clear up this very misunderstanding by giving us the opportunity to experience the impact of space science and space technology on our daily lives first-hand. “Without mathematics, we would never have landed on the moon in 1969, and the microwave would possibly still be pure science fiction today.”

Do you believe that alien life exists?

“Statistically speaking, there is a very good chance that there is some alien life out there, in a sky with billions of stars. Perhaps not in the form that we can or want to imagine, however. On Earth, life – as we define it – is possible because of our unique position in relation to the sun and the evolution that led to the creation of this star. The chance that this same exact evolution took place somewhere else in the universe is small. Which means that life elsewhere will look completely different than we imagine. I find this a particularly fascinating thought.”

The exhibition draws visitors into the story with incisive anecdotes?

“Yes, because that is how my father fuelled my fascination for all things space. Tragic, striking, funny, underlying stories are the perfect way to capture people’s attention. Did you know that astronauts sometimes smuggled photo cards on board, at the request of collectors who paid them to do so, which they later certified and signed? Or that the signatures of astronauts were used as an insurance policy for their families? NASA kept these in case an astronaut died during the mission. The widow could then sell his signature and secure an income. I have hours of anecdotes like this.” 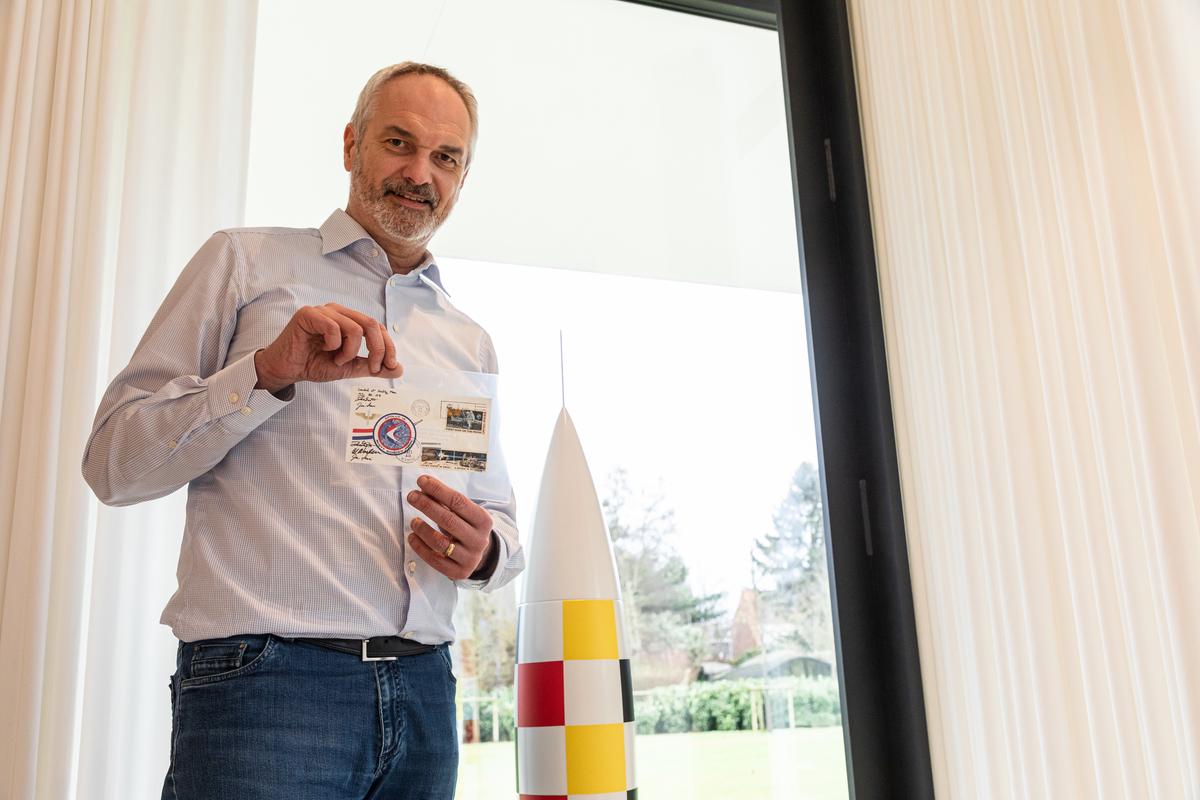 “Like any entrepreneur, I believe that you must always raise the bar for yourself.”

Do you think mankind will ever colonise a celestial body?

“Definitely. One day, we will be able to create our own atmosphere on another planet – like Mars, for example. In order to save our own planet, we will have to push our boundaries. Few people realise that space travel acts as a lever for our way of life. With the exhibition, we want to inspire young people while evoking nostalgia in their parents. At the same time, we hope that they will understand and experience first-hand how important technology is to our continued existence. And who knows, perhaps we can also convince them to do their bit – by choosing a career in the STEM disciplines, for example.”

Can Belgium play a significant role in this evolution?

“We already are. In fact, we are even in a league of our own. The space industry is active everywhere in our country. Just think of Newtec’s satellite technology, Picanol’s weaving innovations, Verhaert’s scientific experiments, and the at least 100 other companies that operate in specific niches. In May, we will be organising the ‘SPA©E Inspiration Nights’ especially for entrepreneurs, offering inspiring speakers from Belgium and abroad a platform to discuss space travel in its broadest sense (read the insert on ‘Space for entrepreneurs’).”

‘Space – The Human Quest’ is not your first endeavour?

“No. Three years ago, I organised the SuperNova tech festival, together with Flanders DC, the support centre for creative entrepreneurs. It was such an energising experience… and the positive reactions gave me such a boost that I decided to step up my efforts. We’re not at all in it for the profit – we want to inspire people, energise them, encourage them to push boundaries, to contribute to a better world, etc. I sometimes find myself overestimating my capacities because the logistics for organising such a large-scale event in a high-quality manner are not to be sneezed at. But like any entrepreneur, I believe that you must always raise the bar for yourself.”

No shortage of ambition then?

“I want to prove that anyone or anything with an ambition, whether a person, company, region or country, can also achieve it. You at least have to give it a try. With this exhibition, we want to prepare the next generation of entrepreneurs, scientists, engineers, astronauts, policymakers, and so on, to become the explorers of tomorrow.”

Renowned speakers (Frank De Winne, Anna Fisher, Charlie Duke, etc.) provide insights into the innovative possibilities and business concepts of space technology. Is your business on the right track to the future?

SpaceTech start-ups and innovative companies specialising in ‘climate’ can pitch their solutions to companies and investors.

SpaceTech start-ups and innovative companies specialising in ‘connectivity’ can pitch their solutions to companies and investors.

Would you like to organise a b2b event? Or become a partner?

All information and details can be found at www.expospace.be